Data from Barclaycard, which sees nearly half of the nation’s credit and debit card transactions, reveals that spending on essential items rose 10.1 per cent compared to April 2019, the highest growth since August 2020. This was boosted by supermarket shopping, which saw an 18.5 per cent increase overall.

Meanwhile, fuel spend saw less of a decline, dropping 8.1 per cent compared to a 20.1 per cent decline in March, in a sign that Brits have been travelling more often to see friends and family. 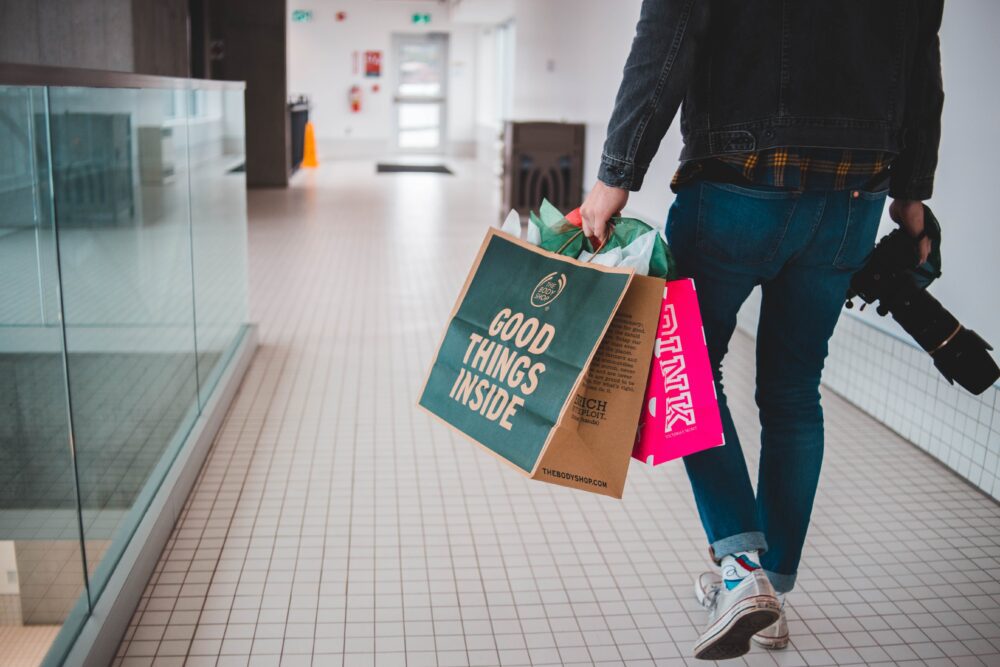 Face-to-face spending at food & drink specialist stores – including butchers, bakeries and greengrocers – saw a significant uplift (63.7 per cent) compared to 2019, showing that shoppers continued to visit local retailers. In fact, four in ten (42 per cent) consumers say they’re more likely to shop locally than before the pandemic, and almost half (47 per cent) describe the high street as the heart of their community, which they are keen to support.

While spending at clothing and department stores dipped by 6.6 per cent and 7.8 per cent respectively, these were clear improvements on the 28.6 per cent and 35.8 per cent declines seen in March. In fact, spending on clothing among 16 to 24-year olds grew 2.1 per cent, whilst other age groups remained in decline, suggesting that younger shoppers were purchasing new outfits for socialising with friends in preparation for lockdown easing.

The specialist retail category grew 9.3 per cent overall, with vets and pet stores seeing the strongest growth (32.4 per cent) compared to two years ago. This jump suggests animal-loving Brits have not only added new companions to their households but are indulging their pets with treats and new accessories.

Sports and outdoor retailers were another bright spot as gyms and golf courses re-opened in England and encouraged sports fans to spend more time exercising and outside. The category rose 26.2 per cent overall, with the biggest increase seen in spending among 16 to 24-year olds (37.1 per cent).

As shoppers enjoyed being able to browse for new products in-store again, spending on furniture saw a 27.1 per cent uplift compared to 2019 – the largest growth since August 2020 – while home improvement & DIY stores also continued to perform strongly, with a 37.5 per cent growth.

While many hospitality venues reopened in England, the industry’s limitations on outdoor dining coupled with a relatively chilly April meant there was only a moderate improvement in spending at bars and pubs (-67.2 per cent) and restaurants (-74.4 per cent) compared to March, which saw respective declines of 94.8 per cent and 83.1 per cent versus 2019. Takeaways and fast food continued to prove the most popular dining option, with this category seeing its highest growth on record (59.9 per cent).

However, spending in the hospitality sector should improve with the further easing of restrictions next week, with a third (33 per cent) of people saying they are willing to spend extra money on entertainment and leisure activities such as drinks or meals out compared to before the pandemic.

Meanwhile, the travel industry continued to be hit hard by ongoing international travel restrictions, with airlines and travel agents seeing steep declines of 82.1 per cent and 82.0 per cent respectively. However, resorts and accommodation continued to see improvement, as the category saw positive growth of 1.6 per cent as many Brits consider their holidays in the UK this summer.

Moreover, spending on staycations by the over 50s has grown much faster than other age groups, rising 15 per cent compared to a 32.2 per cent decline in spending among 16 to 24-year olds. This can likely be attributed to the vaccination roll-out, as well as the availability and affordability of older age-groups to commit to spending on UK holidays.

The nation is feeling more optimistic about the future, with confidence in the UK economy jumping to 36 per cent in April, from 28 per cent in March. This is the highest since February 2020 – before the onset of the pandemic. Following the lifting of restrictions in England, over a quarter (28 per cent) of consumers find they appreciate the simple pleasure of going out more than they used to before lockdown, while 17 per cent say they are happier or more relaxed than they have been for a long time.

Raheel Ahmed, Head of Consumer Products, said: “The easing of restrictions provided a promising boost to a number of sectors in April, with consumer spending back in growth and confidence in the UK economy at its highest level since before the onset of the pandemic. Younger shoppers have been spending more on clothing as they update their wardrobes in anticipation of socialising and making post-lockdown plans, while older consumers have boosted spending on UK accommodation and resorts, as they organise family staycations. Whilst there was a slight improvement in spending at pubs & bars and restaurants, the industry-wide restrictions on outdoor seating, sporadic colder weather and the rule of six all clearly dampened that recovery this month.

“The economy should hopefully gather momentum as we head into the summer and see the re-opening of indoor hospitality venues. Yet, what is most encouraging is that the easing of restrictions seems to have lifted the nation’s spirits, with many Brits relishing the simple pleasures of dining out and making social plans.”