Data collated from PayPoint’s UK network of 27,500 local convenience retailers for quarter three (July-September) 2020 shows how Brits stayed loyal to local stores despite the freedom to shop further afield during that time.

Average shopping basket spend rose across the three-month period to £8.14, a rise of 10% over Q2 2020 (£7.39) and an 11% spike on the same period last year (£7.32). Analysis of PayPoint’s different product categories shows that the increase in spending has been spurred by trends such as the ‘big night in’, home improvement and extra time spent with kids during the school holidays. 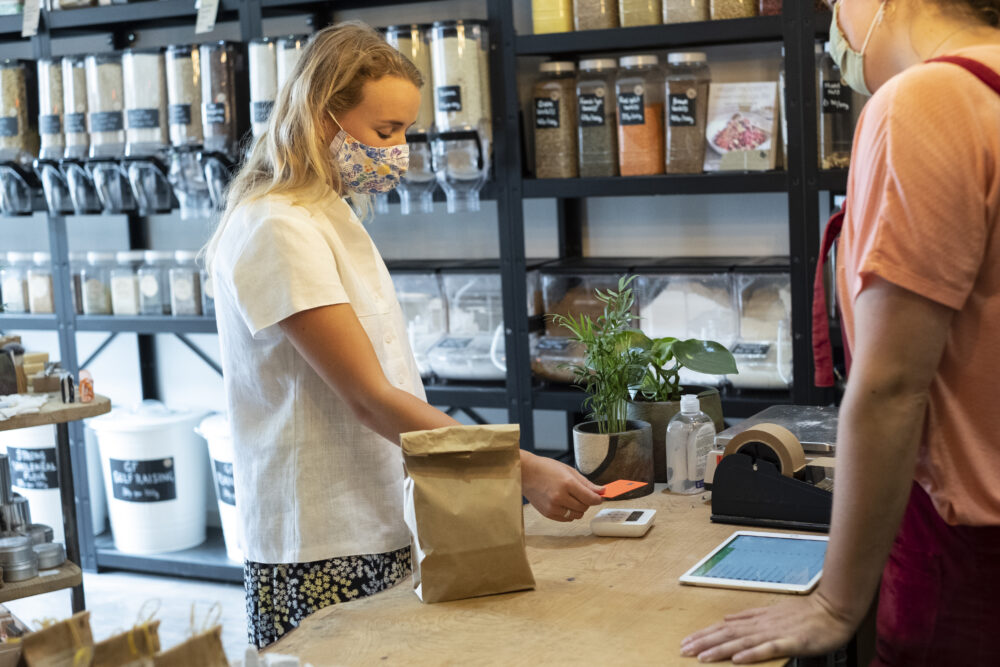 A 69% increase in purchases within the ‘desserts and gateaux’ category (which includes family favourites such as apple crumble and jam roly-poly), a 48% jump in sales of ice cubes and a 20% rise in beer purchases across the quarter, hint at many Brits entertaining at home even though pubs and restaurants had re-opened. Meanwhile, in keeping with growth of the wider home improvement category, convenience stores saw a 37% hike in spending under ‘general maintenance and work’ and 31% under ‘gardening and DIY’.

Finally, the school holiday period brought about a 29% spike in toy sales and a 25% increase in purchases of kiddies’ sweets, a category that includes Vimto chewy bars and Swizzles refresher bars among its best sellers.

PayPoint has also published its first Convenience Basket Register, a quarterly glimpse of big sellers across six key product categories. Between July and September, the contents were:

Nick Wiles, CEO of PayPoint said: “Across the summer, the majority of Brits were able to shop wherever they liked after lockdown restrictions were lifted. However, many continued to frequent the local convenience stores they became so reliant on earlier in the year. What’s interesting is how shopping habits have changed during the past three months, with convenience stores becoming the source of items for all the family, whether that’s a special night in, keeping kids entertained or making improvements to homes. Data provided by our PayPoint One electronic point-of-sale platform can help retailers plan for, and react to, these trends.”