Nationwide pet retailer Jollyes has announced the appointment of Joe Wykes as chief executive officer to lead the business through a period of ambitious expansion that will see annual turnover grow to £100m in the next 12 months.

Joe joined Jollyes as chief operating officer in July 2021 and has played a key role in its recent expansion through new store openings, acquisitions, online investment and the extension of its distribution and logistics contract with Wincanton. 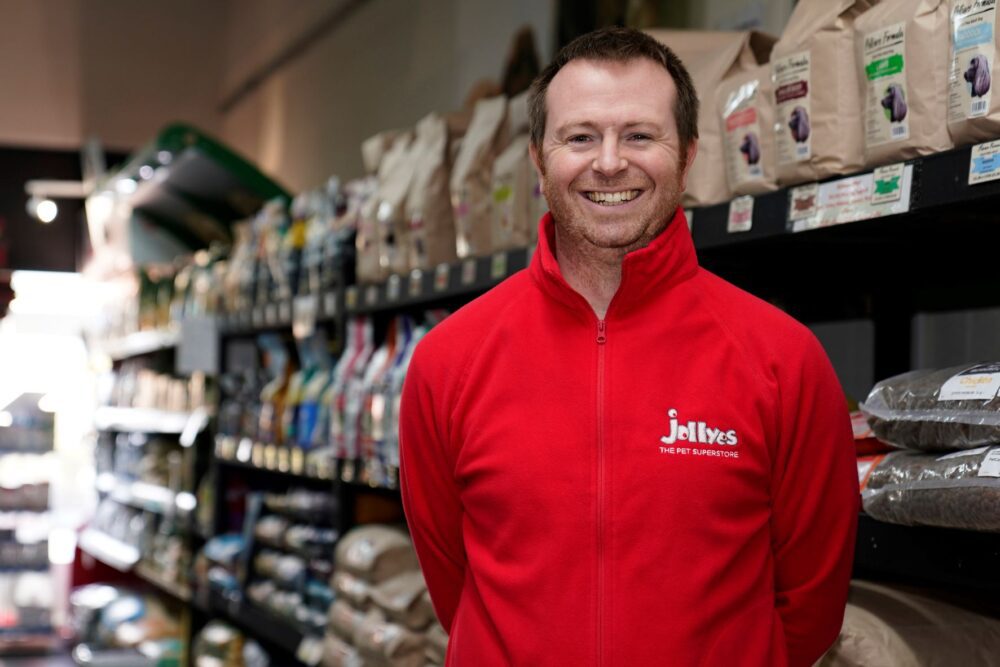 Prior to joining Jollyes, Joe served two years as chief operating officer at Benson for Beds and held senior roles in finance and operations in a number of private equity-backed retail businesses.

“I am confident that in Joe we have a CEO who has the energy, drive, passion and commitment to deliver our strategic objectives – and, just as importantly, someone from inside our business who knows and understands what we stand for.

“Because of the amazing Jollyes team, I’m looking forward to the bright future ahead of us as we look to open new stores, acquire new businesses and invest in our people.”

Joe Wykes said: “I’m really honoured to get the opportunity to lead the Jollyes team as we look to bring the brand to more people in more places.

“The strength of the whole Jollyes team – in store and in our central operations – and the fantastic reaction of customers to what we bring them, makes me excited about what more we can achieve as we grow.”

Richard Cotter will continue as executive chairman of Jollyes and over the next few months transition back to the role of non-executive chair he assumed when first joining Jollyes in 2018.

In January, Jollyes reported record sales of £42 million for the half year to November, a 12.5 per cent rise in like-for-like sales against a year earlier and 30 per cent up on the same period in 2019.

Backed by Kester Capital, Jollyes plans to open 20 new stores in the next 12 months, organically and through acquisition. Last year it purchased The Pet Store with three shops in Yorkshire and Bannerbrook Pets in Coventry – which took the total number of stores over 70. A new Jollyes store opened in Cookstown, Northern Ireland, in March and it opened its second Welsh store in Wrexham earlier this month.

New stores planned for this year include Edinburgh, Glenrothes and Stirling in Scotland, and Brislington and Stockton-on-Tees in England.

Store relocations include Warmley in Bristol and Newtownabbey in Northern Ireland, with store revamps including Totton, Wakefield and North Harbour.

Jollyes has also invested in its click and collect service and extending online ranges as well as in training, such as an increase in the number of staff qualified to prescribe certain authorised veterinary medicines.