New figures from UK independent parcel carrier Yodel reveal that it has delivered over 492,000 parcels via pedal power over the last 6 months, already surpassing the previous year’s record of 290,000. The business also plans to continue this trend with a target to deliver over 750,000 by the end of its financial year in July.

To help deliver on its promise, Yodel has partnered with Urb-it to lead its sustainable last-mile delivery efforts. This partnership will help the carrier bring convenient and sustainable deliveries to its customer base in cities across the UK by Urb-it’s couriers on its e-cargo bike fleet. The extension of the partnership follows a successful trial period, which saw Yodel and Urb-it operating out of local micro-hubs across London and consequently launching in Glasgow, Bristol and Manchester. Plans are for Yodel to expand its operations in other major UK cities including Birmingham, Liverpool and Edinburgh. 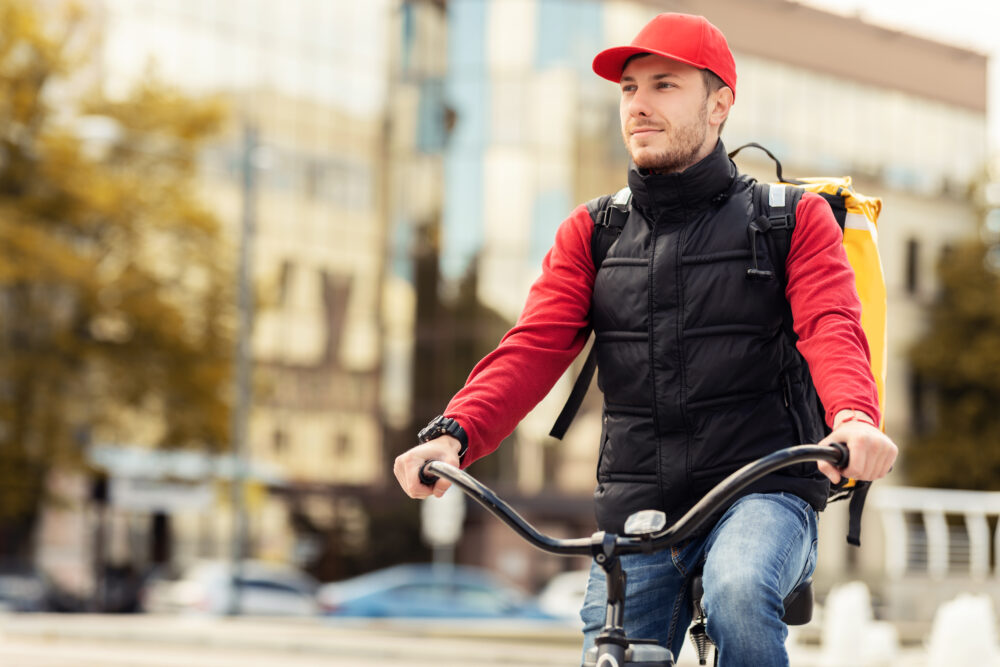 The extended partnership comes as Yodel counts its fifth consecutive year of reducing its carbon footprint, with CO2 per tonne per parcel reduced by nearly 40%, despite volumes significantly increasing. This was achieved by establishing carbon reduction across Yodel’s supply chain as well as shifting to 100% renewable electricity across its sites. The business continued its sustainability drive whilst also securing a jump of over 40 million in the parcels delivered by Yodel’s couriers across the country. The partnership marks a continuation of Yodel’s work with cycle couriers across the country, with the carrier now having engaged with seven major bicycle operators in the UK. Collaborations with the likes of Pedivan and Urbit over the last 18 months have helped Yodel reduce its carbon emissions in the capital.

Kevin Kviblad, CEO of Urb-it, commented: “We have partnered with Yodel for the past year in the UK and we are honoured to play a key role to help it deliver against its sustainability goals.  Our customer-centric, sustainable last mile deliveries compliment Yodel’s delivery services.  We are a B Corp certified business and operate today in the UK, France and Spain, with a focus on operating in and growing our scale in the largest cities across Europe that have the biggest challenges with pollution & congestion – it’s where our couriers on our e-cargo bike fleet can create the greatest positive impact.  We look forward to continuing to grow with Yodel in the UK to deliver this.”

Mike Hancox, CEO Yodel, commented: “We are delighted to announce an expansion with our cycle courier partner, Urb-it, to deliver the last mile sustainably across more UK cities, supporting the UK’s Clean Air Zones in our last mile deliveries and the UK Government’s Net Zero strategy.

“We take our environmental responsibility very seriously and a proactive approach to reducing the carbon footprint of our operations forms a key aspect of our decision making. We’re extremely proud of what we have achieved with meeting key targets in our drive to deliver a more sustainable service for the future. In the last year we have come a long way to laying strong foundations to continue building on as we look to achieve carbon neutrality by 2035.”