Scam online shopping “bargains” that turned out to be too good to be true cost shoppers £15.4 million over Christmas last year, according to police.

Action Fraud, the national reporting centre for fraud and cyber crime, received reports relating to 28,049 shoppers conned out of their money when shopping online over the Christmas period last year – an increase of almost two-thirds (61%) compared with a year earlier.

Pauline Smith, director of Action Fraud, said: “If you think you have found a bargain that is too good to be true, it probably is. Stop and think before making a purchase, as it could protect you and your money.

“Always shop with official retailers and follow our simple advice to enjoy shopping online safely and ensure you are not left empty-handed this Christmas.”

Nearly £2.5 million was lost to criminals during the Black Friday and Cyber Monday sale events last year – an average loss of almost £550 per victim.

Shoppers reported buying mobile phones, electronics, vehicles, clothing and footwear on websites such as Facebook, eBay and Gumtree, only for the items to never arrive.

Over half (54%) of reports that mentioned electronics referenced popular game consoles such as Xbox and PlayStation 5.

One common tactic used to defraud victims is the use of fake websites purporting to be reputable companies.

They are created to look identical to the real website and will advertise items at a much cheaper price than the normal retail price to entice victims. In reality, these websites are fake and the victim will never receive the item.

Action Fraud advises people to follow the advice of the Take Five to Stop Fraud campaign to stay safe:

– Stop. Taking a moment to stop and think before parting with your money or information could keep you safe.

– Challenge. Could it be fake? It is OK to reject, refuse or ignore any requests. Only criminals will try to rush or panic you.

– Protect. If you think you have been a victim of fraud, contact your bank immediately and report it to Action Fraud online at actionfraud.police.uk or by calling 0300 123 2040. 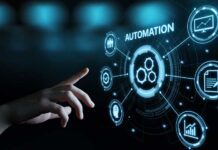 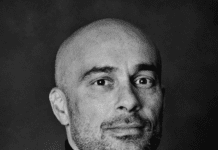 Beyond Black Friday: How to keep customers returning long after sales end