intu has appointed a chief people officer to its executive team to bring a new focus to its people strategy as part of intu’s five-year strategy.

Vodafone’s former Head of HR James Saunders has taken up the newly-created role to lead intu’s employee experience, and attract, inspire and retain talent within the business.

Matthew Roberts, intu’s chief executive said: “Since becoming chief executive last year, I have focused on introducing new expertise and a fresh perspective to intu’s executive committee to allow us to deliver our strategy. The chief people officer role is a key appointment within the smaller and more focused executive team.  James has exactly the right skills and experience for this new and incredibly important role.

“Our people are fundamental to delivering intu’s strategy and putting the performance of intu’s rent-paying customers and our centres at the heart of the business. It is vital that we have a people strategy in place that will support this by inspiring, engaging and supporting everyone who works here as well as attracting new talent to intu.”

​​​​​​​James Saunders, intu’s chief people officer, said: “I want intu to have the best talent in the industry and be a place where people do the best work of their careers. ​​​​​​​ During my short time with intu I have met many passionate people, discovered a wealth of skills and expertise and learnt just how well equipped intu’s leaderships team is for the future of the business. I’m really looking forward to building on these fantastic strengths.” 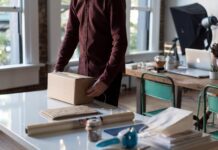