Geek culture retailer, Geek Retreat, has announced plans to open 100 new stores on high streets around the country over the next two years – breathing new life into town centres. Following the immense popularity of franchises such as Marvel and Stranger Things, friendly destinations to enjoy geeky interests and games are in popular demand. The opening of 100 stores will also create circa 600 jobs around the UK.

Boardgames, card trading and tabletop games make up an industry worth £8 billion in the UK and is predicted to grow by 3.1% annually over the next three years, highlighting its continued popularity. 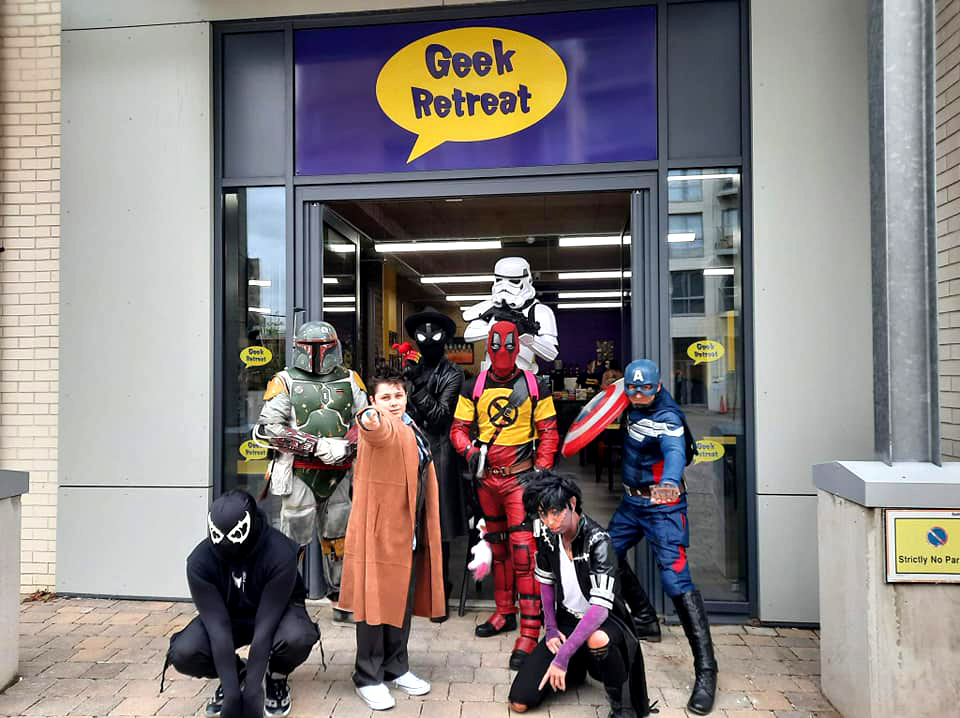 The Geek Retreat franchise, which opened its first store in Glasgow in 2013 and now employs 110 people, is a comic bookstore, gaming cafe and events hub rolled into one.  It currently has fourteen city-centre stores, including Glasgow, Newcastle, Birmingham, Leeds, the Wirral, and two in London, which stock geek culture merchandise like comics, posters, clothing, figures and memorabilia as well as games and trading cards.

New stores in Bournemouth, Northampton, Liverpool and are due to open shortly.  Northwich and Chelmsford were the most recent stores to open, attracting the largest opening days to date.

All stores commit to a COVID-19 secure environment, with strict social distancing and hygiene measures in place, to give customers extra piece of mind that they can visit in confidence.  Small gaming events can take place with safety guidelines being carefully implemented.

“The UK’s gaming and hobby sector is a real success story and Geek Retreat is a home for the communities who are at the heart of this phenomenon.  The wellbeing of our customers and staff has always been incredibly important to us – now more than ever everyone should expect a friendly, safe and clean environment to meet and play. We have made sure all of our stores are welcoming and accessible to gamers whatever their interests, providing a place for our loyal customers to get out of the house and play safely post-lockdown.

“This is particularly important for our more vulnerable customers, like those on the autistic spectrum, or with mental health issues where being in an inclusive, welcoming, and social environment is very important.  It is strength of the relationships which our stores build with local communities that is a key driver of growth.”