While you may be aware that the UK is heavily reliant on the Dover crossing for much of its goods and food imports, this isn’t the only critical link in the supply chain that runs through Europe and Great Britain.

In fact, the Suez Canal drives approximately 12% of all global trade, with this iconic waterway providing a daily conduit that runs throughout North Africa, Mediterranean Europe and even the UK.

But just how reliant is the UK on the Suez Canal for its food imports? Here are some considerations to keep in mind.

The Importance of the Suez Canal as a Global Trade Hub

Recently, we were all enthralled by the news of the Ever Given, a 400-metre long container ship that became stuck in the Suez Canal in Egypt.

This created a significant backdrop of similarly-sized container ships on either side, many of which were forced to wait patiently for the Ever Given to be moved on.

Incredibly, it was estimated by Llody’s List that every day the Ever Given remained stuck saw approximately $9.6 billion-worth of trade being held up, highlighting the value of trade conducted through the Suez Canal as its impact across the globe.

In general terms, Egypt generated a staggering $27.2 billion from the Suez Canal and its associated exports between 2015 and 2020, and a further $25.9 billion during the previous five years.

It connects the continent of Africa southern Europe, while joining the Mediterranean Sea and the Red Sea through Isthmus of Suez to create one of the world’s most seminal (and iconic) navigation and trade routes).

It was constructed between 1859 and 1869, and despite its immense longevity, it ‘s often underestimated in terms of its importance to global trade. It has since evolved steadily to account for well over 10% of the world’s total trade, while this number could continue to grow incrementally as Africa begins to realise its potential as an economic powerhouse.

How Important is the Suez Canal to the UK?

The question that remains, of course, is how important is the Suez Canal to the UK (and particularly food and agricultural imports into the country)?

If we drill down in the UK food supplies, we see that 55% were generated domestically as recently as 2019. A further 26% was imported from the EU, while the cumulative amount of 4% was drawn from continents including Asia, North and South America and (most importantly) Africa.

This highlights the fact that the UK relies heavily on imports to support its domestic food supply, with around 30% coming from outside the borders of Britain and Northern Ireland.

It’s fair to surmise that a substantial portion of this 30% will have been transported along the Suez Canal, including imports that have come directly from Africa and others that have been funnelled through the European Union.

This was definitely borne out during the Suez Canal blockage, when British retailers felt the full impact of the subsequent delays as the ongoing issues surrounding Brexit and the coronavirus pandemic.

Ultimately, the blockage reaffirmed the need for UK retailers to invest in more detailed risk analysis and management in a constantly changing landscape, while making allowances for trade routes such as the Suez Canal and their incredible influence.

It also highlighted the UK’s reliance on food supplies from overseas, which has been a key talking point against the seemingly endless backdrop of Brexit. 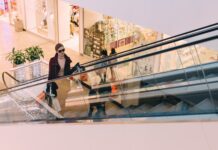 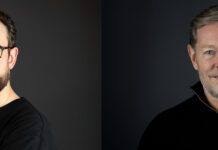 How are retailers utilising RFID in-store? 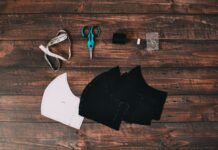 How does PPE benefit the company and staff? 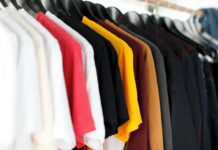 What to consider when designing your store layout 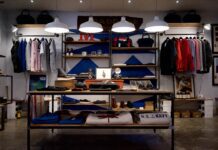 Things to consider when renovating your independent retail shop

The Challenges of Working in Retail

The Rise of National Holidays for Businesses