TK Maxx has unveiled how it will help people to deliver Christmas to the ‘Maxx’ this year, starting with the launch of its all-singing, all-dancing 2021 Christmas advert, which features a special version of Walk This Way by legendary rock band, Aerosmith.

After Christmas was different for so many in 2020, this year’s celebrations take on new significance. With the theme of taking ‘Christmas To The Maxx’, this festive campaign aims to capture the spirit of making this Christmas feel extra special, whatever that may mean for each of us. The idea at the heart of the work is that a truly thoughtful gift can unleash real joy for the recipient, their family and friends. 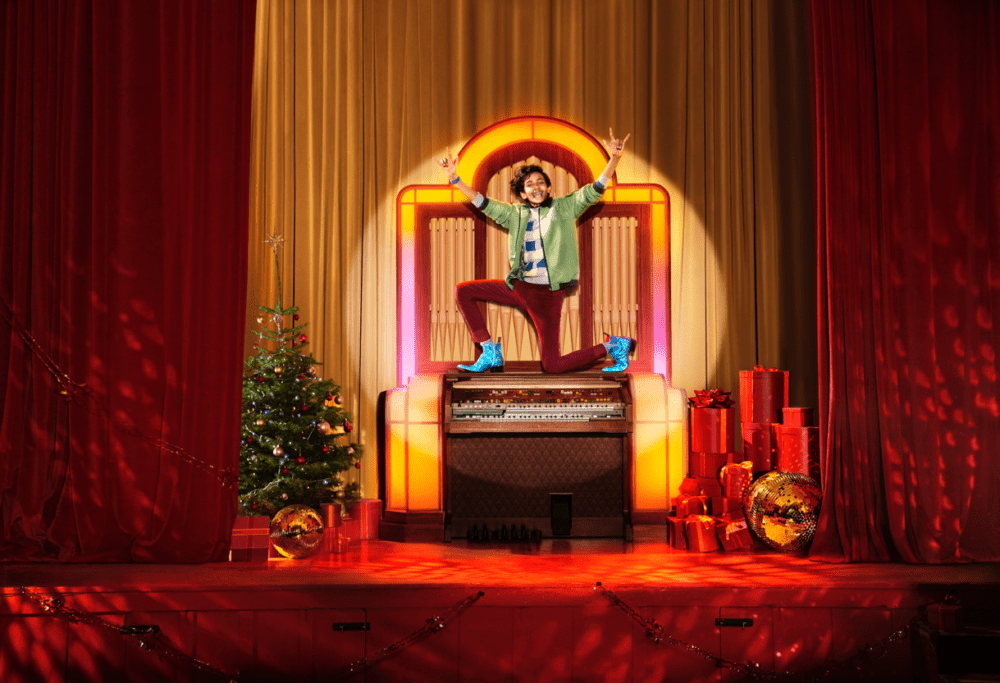 For the sixth year running, advertising agency Wieden+Kennedy London have created TK Maxx’s Christmas advert and this year’s is directed by acclaimed director Raine Allen-Miller. ‘Christmas To The Maxx’ tells the story of an unexpected hero, an awkward teenage boy called Laurie getting ready to perform at a Christmas comeback concert in his local town hall. Due to the concert being cancelled last year, anticipation is high, and the hall is full of people eager to see locals showcase their talents.

Laurie steps onto the stage feeling overwhelmed by the large audience. His family, sitting in the audience, are equally as nervous. Laurie makes his way to an organ and begins to play but hits some off-key notes, stops playing and drops his head, feeling crestfallen. While looking down at his feet he is reminded of the spectacular designer boots that he was given by his parents as an early Christmas present. These awesome boots give him the confidence to have another go at performing.

Laurie begins to play a few notes of an iconic song that the audience starts to recognise. His confidence grows and he jumps up and lands his feet on the organ keys and rocks out a note perfect cover version of Walk This Way using his shiny-booted feet. The audience are shocked and delighted and go wild at his incredible talent, rocking out with him to the legendary song. His performance as the astonishing boot playing organist ends in rapturous applause.

Filmed in Orpington, England, the advert marks many firsts for Europe’s leading off-price apparel and homeware retailer, as Poland, Austria, Germany, and the Netherlands will be broadcasting the TV advert for the first time, in addition to the UK and Ireland. It is TK Maxx’s biggest Christmas campaign to date and is available in four versions – 20, 30 and 60 seconds for TV and two minutes for online.

The TV advert will be supported with print, digital, social and PR, and a pan-European partnership with TikTok, where people are invited to participate in the #TKMaxxTalentShow. This Branded hashtag challenge will see participants showcase their talents against a specially created Branded Effect backdrop.

Laurie will also be lending his support to TK Maxx’s Christmas charitable initiative – Dance, Donate, Nominate – where people can copy Laurie performing a specially choreographed dance routine, share their own attempt and then nominate a friend or family member to do the same, while donating to charity. Activated through Instagram and Facebook, all money raised will be matched by TK Maxx by up to £500,000 and will support disabled and disadvantaged children and young people across the UK, Ireland, Germany, and Poland.

Deborah Dolce, Group Director at TK Maxx comments: “We want to celebrate what we hope will be a Christmas of joyful optimism – with community, family and fun at its heart. This charming ad is an upbeat, colourful and super-shiny reminder that when you find the right gift for someone, and it’s special to them, the impact and happiness you might create knows no bounds.”

“We’ll be receiving fresh deliveries right up to Christmas Eve and our amazing selection of unique gifts at really affordable prices means everyone can take Christmas to the Maxx this year.”

Holly Hunter and Miriam Pick, Creatives at Wieden+Kennedy London comment: “This is the year to come back with a bang! We’re proud and honoured to have made such a fun Christmas campaign for TK Maxx and to have collaborated organ-style with the absolute icons of rock music – Aerosmith! Time to grab your fanciest footwear and walk this way into Christmas 2021!”