Westminster City Council has kicked off its ambitious reinvention of the world-famous high street. Spades are in the ground for a series of temporary interventions that will encourage visitors back after lockdown – with the work to be closely followed by projects that will permanently reimagine the Oxford Street District.

Westminster City Council aims to ensure the iconic shopping, leisure and cultural destination continues to be one of the most desirable places in the world to live, work, shop and visit. Having launched the framework for its five-year-long Oxford Street District reinvention in February, the council has started work on a series of temporary interventions that aim to boost footfall and support businesses in the area to bounce back post-pandemic. 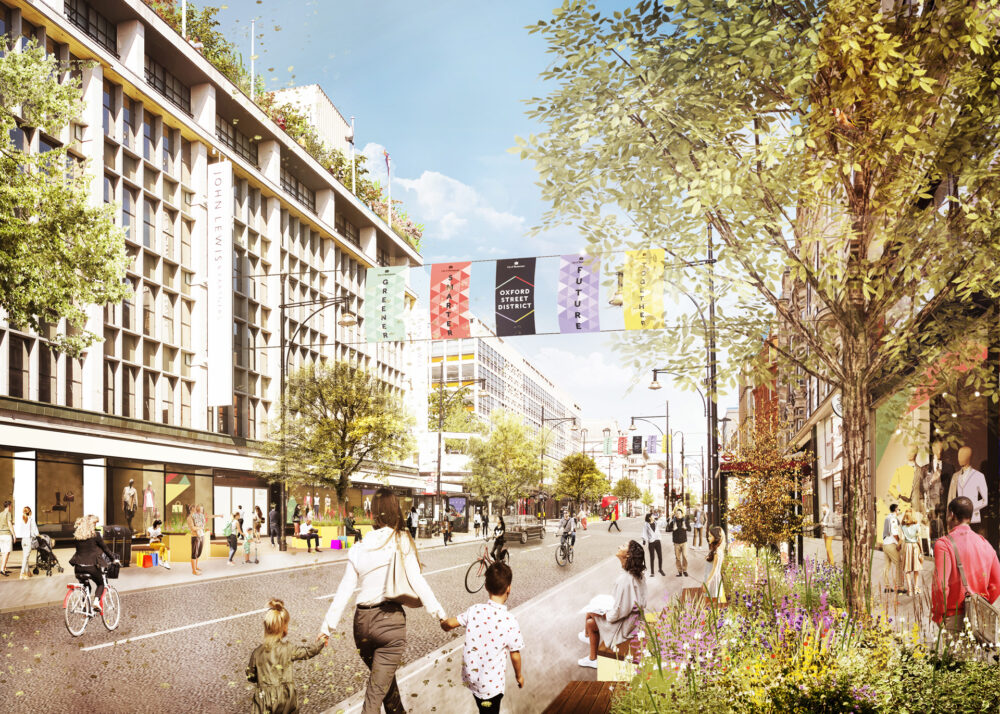 The changes will create more space for people, add trees and greenery, and introduce new seating, cycle parking, and pocket parks throughout the Oxford Street District. The temporary measures, which are due to be completed by late Spring 2021, will create a welcoming and safe environment for residents, workers and visitors when lockdown restrictions are eased.

The initial project will transform the look and feel of Oxford Street – creating a cleaner, greener modern high street with an increase of 40% in new mature trees, over 1,500 new plants from 65 different species, and 55 new seating areas, which is double the current number of benches. 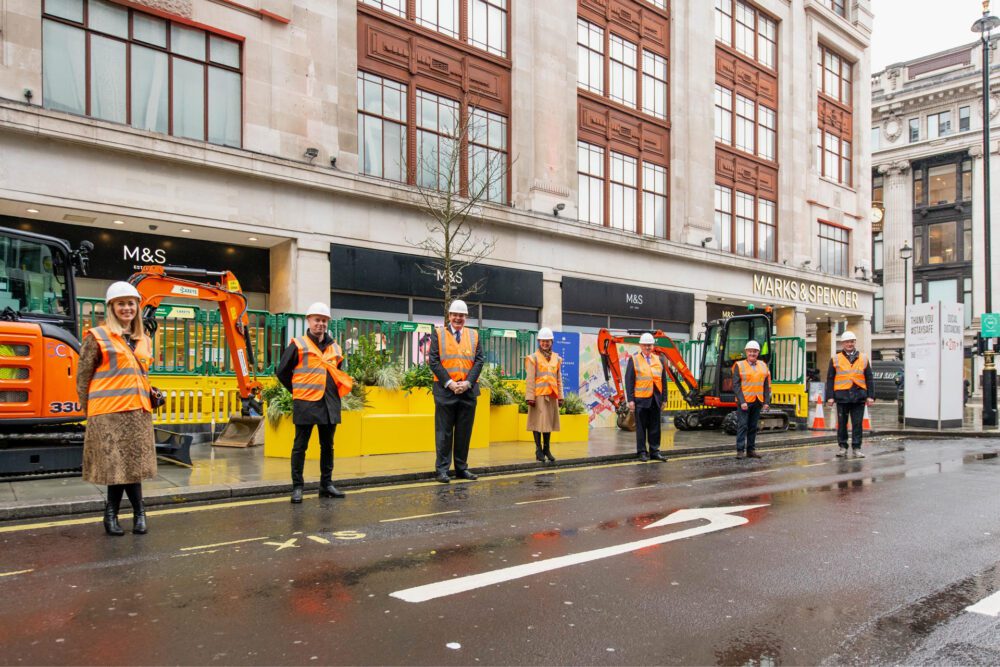 Cllr Rachael Robathan, Leader of Westminster City Council, said: “The pandemic has been a hammer blow for retailers and Oxford Street has suffered as much or more than any other high street in the country.

“Today is significant, because the talking is done and work is underway. It is critical that we act urgently to restore confidence in the nation’s favourite shopping district.

“These initial measures, which should be completed in time for summer, will literally pave the way for an economic recovery. They will create a new visitor-friendly environment and reinforce the area as one of the best places in the world to live, work, shop and visit.”

“This is just the start. Our Oxford Street District Framework lays out a plan for the successful long-term future for the nation’s high street, as the greenest, smartest, most sustainable district of its kind anywhere in the world.”

The interventions are just the first in a series of council-led projects repositioning Oxford Street as the centre of a world-leading retail and leisure district, boosting confidence in the West End.

Karen Lord, Head of Branch at John Lewis Oxford Street said: “We welcome the much-needed improvement to the public space on Oxford Street which will both prepare for the opening of Crossrail and help encourage shoppers and visitors to come back to the West End.”

Last month, the council launched its framework for the Oxford Street District, which will serve as the blueprint to reinvent the high street for a post-pandemic recovery and for the longer term. It reimagines the nation’s favourite high street through four pillars – GREENER, SMARTER, FUTURE and TOGETHER – to create a globally competitive centre for innovative retail, commercial activities, culture and living.

Recognised worldwide as a leading shopping destination and attracting around 200 million visitors in a normal year, Westminster City Council is leading a coalition of partners to reinvent the area and deliver further improvement projects. At the heart of the plans is a strong focus on economic recovery and adaptation – ensuring businesses and communities have the best possible conditions to safely reopen.

James Raynor, CEO of Grosvenor Britain & Ireland, said: “The reinvention of the Oxford Street District shows what is possible when forward thinking public and private sector partners come together. Today is just a taster of a progressive investment programme that will not only encourage back office workers and visitors, but also support retailers, restauranteurs and residents for the long term.”

The temporary interventions will be closely followed by other permanent works across the district, delivered by the council and in partnership with key stakeholders. With the first permanent projects due to kick-off this Spring, the local authority will continue to engage with stakeholders to ensure the world-class destination continues to be one that is designed for the future.