Today, Tech., the two-day festival of digital commerce and the technology driving it, returned to the international stage at London’s Printworks showcasing incredible brand speakers. The jam-packed programme covered issues around how technology has changed established business models whilst unlocking new opportunities at an unprecedented pace for those with the agility to seize them.

Following a ‘Chair’s Introduction’ delivered by the presenter and technology journalist, Lara Lewington, Clodagh Moriarty, Chief Digital Officer from Sainsbury’s took to the stage where she announced that the brand is overhauling its Nectar loyalty programme, launching a new app and website to offer customers more personalised offers to boost engagement with the scheme, and to serve their customers quicker and more conveniently.

Talking about Sainsbury’s wider digital transformation, Moriarty said: “Sainsbury’s is a 150 year old business with the history and heritage but also the scale and reach. We have embarked on a two to three year journey investing in our technology. We’ve benefited significantly from migrating to the cloud; page load speeds have increased by around 50% and our customers have really noticed it across channels. We created one app bringing all the grocery needs into one place. Customers loved the control and convenience. Customers using the app spend 18% more with Sainsbury’s than other customers; there is real value in catering to this digital audience.”

Later Parag Parekh, Vice President of Global Sales at adidas Group talked about how the brand is crafting and delivering next-level digital experiences across multiple channels. Parekh referenced the fact that consumer expectations are changing, and that retailers’ job is not to control or define the customer journey but make sure they are visible in those moments, using tech that puts a smile on customers’ faces.

Gavin Shetly, VP, Product Engineering at IKEA Group spoke about how the brand is adapting to fast-changing customer needs with innovation – and how to do so with agility and at scale. Shetly announced the introduction of a new home furnishing designer via the Ikea app, providing 75 years of home furnishing expertise at customers’ fingertips, meaning everyone can afford their own personal designer. “At IKEA we’re continuing to reinvent ourselves whilst continuing to meet customer needs. Our vision wouldn’t be possible unless we transform as an organisation.” Shetly said.

Later, Binesh Lad, Head of Retail at Google Cloud gave a keynote speech on how AI & Machine Learning are changing retail and Yeming Wang, General Manager, EMEA, Alibaba Cloud talked about succeeding in the world of new retail by AI innovation, and about reaching 1.1bn consumers who use mobile phones in China.

David Coombs, Head of Strategic Services at Cheil UK and Roland Palmer, Head of Europe at Alipay staged a heated debate on whether the mobile phone is dead and whether it will be overtaken by other connected devices. Meanwhile, Cindy Wei, Head Of China at Yext gave a deep dive into fascinating Chinese consumer trends and what these could mean for consumers and businesses. Speaking of apps like Alipay and Douyin (owned by Bytedance), Cindy said: “These apps make it easy to get from discovery straight to transaction.”

Amy Vener, Global Head of Retail Marketing from Pinterest talked about ‘the mindset of the pinner’, saying that many browsers on the app aren’t sure exactly what they want, but they’ll know it when they see it, and as such 84% consumers that find information from brands on Pinterest are making purchases.

Poppie Mickleburgh, Event Director for Tech. said: “Day one at Tech. this year has been better than ever. We’ve seen some of the biggest names in the business, and the brightest minds in commerce technology join us for discussion, debate and networking, with some fascinating insights coming to light throughout the day. New retail ecosystems are being formed, and strategic partnerships are being announced almost daily, demonstrating the commerce industry’s need to become ever more digitally savvy. Tech. provides the space for the world’s most exciting companies leading the way in retail transformation to meet and discuss the future of retail. We’re looking forward to day two.” 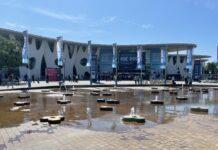 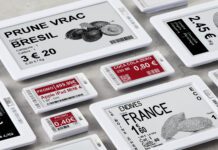 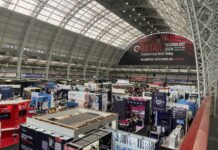 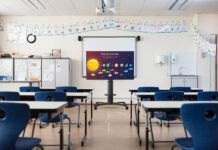 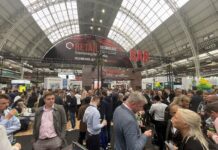 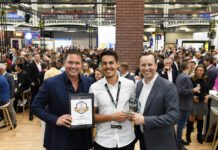 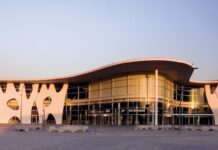 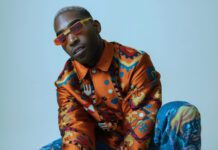 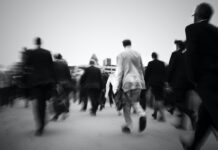 One day to go! What not to miss at Retail Technology Show, 26 & 27 April, London Olympia 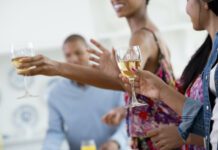