Regional high streets will see a £17 billion tourist spending boom this year, with 29 million Brits holidaying in the UK, according to new research by Direct Line business insurance. 1

British tourists are spending big with local businesses, giving them a helping hand after more than a year of difficulty. Nearly 7 in 10 (67 per cent) domestic tourists are prioritising shopping at small businesses, which struggled during the pandemic. 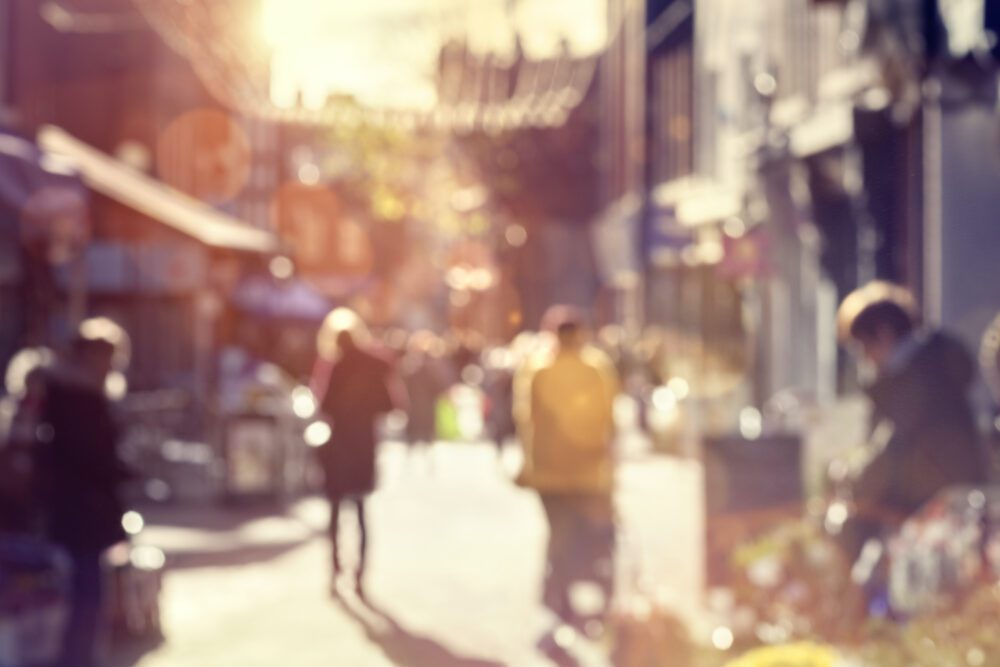 The survey, which excluded London businesses, found that regional cafes and coffee shops are set to be busiest this year, with 57 per cent of holiday goers choosing to spend the largest amount of their holiday budget at these retailers.

There’s good news for small independent shops as well, with nearly half of tourists (49 per cent) saying they’ll buy goods from them while they’re on holiday – music to small business owners’ ears after more than a year of closures and uncertainty.

71 per cent of retail employees say they’ve seen an increase in business as a direct result of Brits holidaying in their area. 2 And nearly two in 10 (19 per cent) estimate their employers’ sales have increased by over 25 per cent since lockdown restrictions eased.

Nearly two thirds (65 per cent) of retail workers are happy about the increase in tourism in their area, with nearly half (46 per cent) saying it’s exactly the boost their area needs to recover from the pandemic.

Surprisingly, demand for UK holidays isn’t purely a result of restrictions on foreign travel. The most popular reason (31 per cent) for Brits holidaying at home this year is because they want to explore a new area of the UK. This implies that local high streets across the UK may continue to see high levels of demand from tourists even after foreign travel restrictions are lifted.

The spending boom will affect multiple regions, with Brits planning on travelling far and wide for their UK holiday this year. The top four holiday destinations are:

Encouragingly, regional small businesses are making significant changes to adapt to surging demand. Half (51 per cent) have had to employ more staff to deal with the rise in customers, with over four in ten (42 per cent) needing to buy more stock to capitalise on the opportunity.

But only a third (33 per cent) of small businesses have updated their insurance policy to protect new investments they’ve made to capitalise on this demand.

“It’s great that small businesses in the UK will see a £17 billion boost this year thanks to staycations. And encouraging to see Brits prioritising spending with local businesses, helping them to recover from the pandemic.

“As small businesses adapt to increasing demand, it’s essential they continue to review their insurance cover and ensure they keep it up to date. It’s also vital they protect any new investments they might have recently made.

“For those businesses that supply goods, it’s crucial that your stock is protected in case the worst happens. With Direct Line’s Contents and Stock cover, when you insure stock at your premises or home, you’ll also get an extra 25% of stock covered for any two months of your choice as standard, which is ideal for these busy periods.”