Retailers suffered a surprise setback in May as a drop in food sales offset the gains seen by non-essential shops after they reopened.

Sales in May dipped 0.8% in value compared with April, according to the Office for National Statistics (ONS). 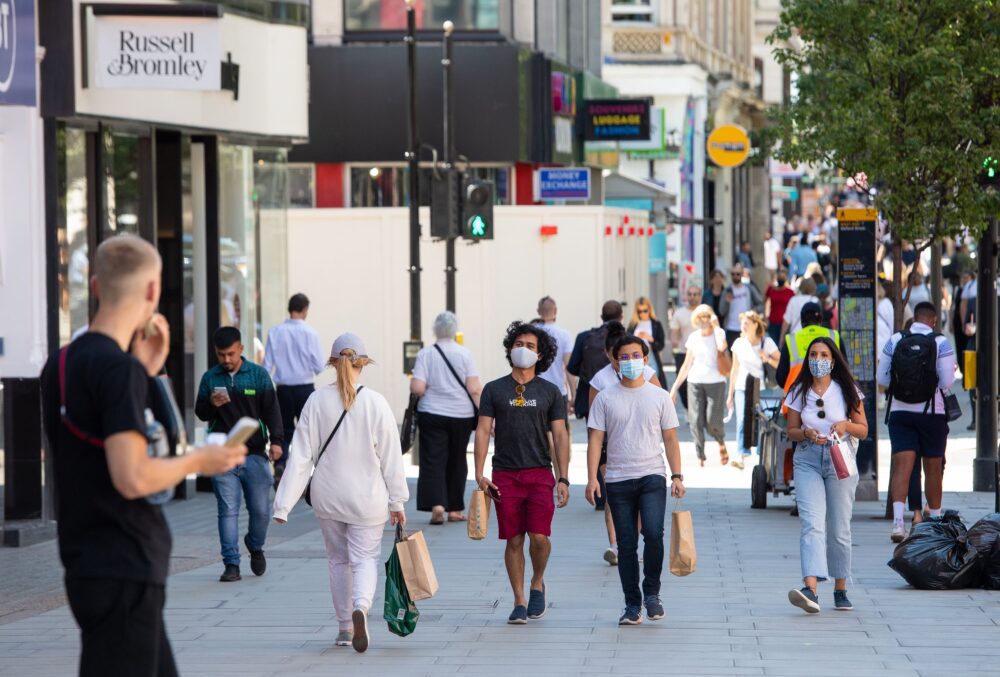 The fall compared with a 9.2% jump between April and March following the reopening of clothes and non-food stores across England and Wales on April 12 and on April 28 in Scotland.

It was driven by supermarkets and other food sellers, which suffered a 5.7% drop in sales volumes, as people opted for eating out as pubs and restaurants were reopening for business.

It will be less of a concern for food retailers, who have seen strong sales during the pandemic, but Lisa Hooker, consumer markets leader at PwC, said that some other retailers will still be feeling the pinch.

“The headline figures mask a divergence of fortunes between different retailers. We have already seen that the recovery in footfall is skewed more heavily towards out-of-town retail parks rather than high streets and traditional shopping centres,” she said.

Furniture and hardware stores proved especially popular in May, with sales in their “household goods” sector rising 9%.

Overall, it means retail sales have now increased for the past four months as life begins to return to normal.

But online sales may have fallen as shoppers preferred to head to high streets, especially with restaurants, bars, cafes and cinemas all reopening in May, the ONS added.

Compared with May 2020, during the first national lockdown which left high streets deserted, sales were up 27% and were also up 9.1% compared to February 2020, before the Covid-19 pandemic hit.

Online retailers have been one of the biggest winners throughout the pandemic, as they were able to get goods to customers when high streets were closed.

Aled Patchett, head of retail and consumer goods at Lloyds Bank, said: “One of the wettest Mays on record was another unfortunate blow for the high street, which has seen shoppers return in good – if not full – force since April’s re-opening.

“However, the end of the heatwave looks particularly prophetic, with the Government’s decision to extend Covid restrictions by a further four weeks painting a gloomier outlook for those brands preparing to accelerate their recoveries.

“Contingency plans have long been in place for this eventuality – however, further delays will continue to apply pressure to high street models, particularly if new variants further dampen footfall.”