Around 86% of shop sites run by the group – which included Topshop, Topman, Burton and Dorothy Perkins stores – are still vacant, according to data from the Local Data Company (LDC). 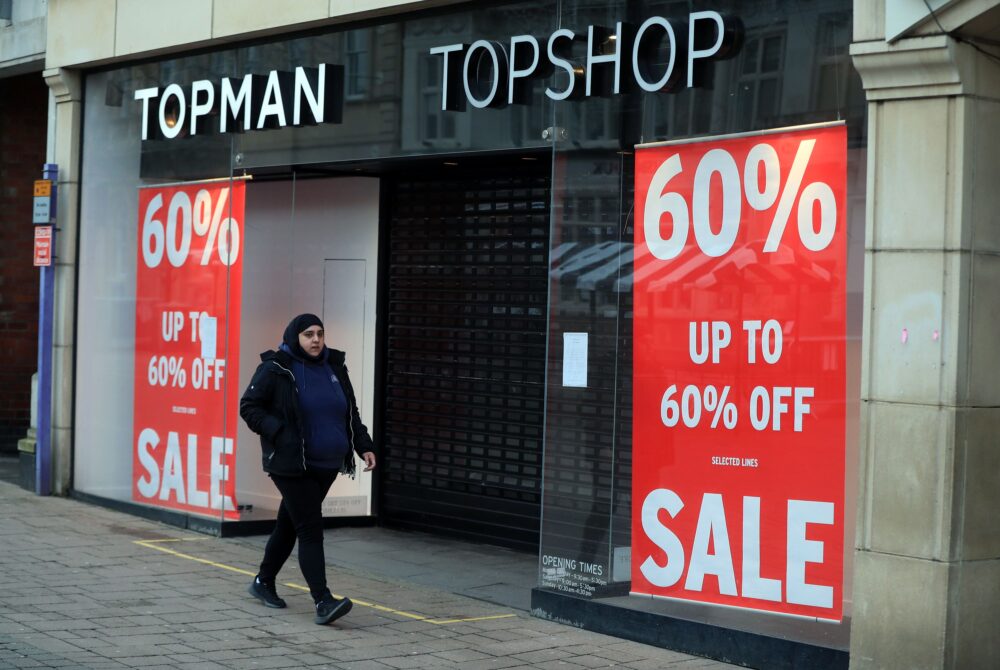 Arcadia tumbled into administration at the end of November last year, in a move which spelt the end for its 444 UK stores and 22 overseas locations.

The firm’s brands were acquired in two separate deals, by online retail giants Asos and boohoo, but no stores were saved as part of the move.

LDC has revealed that 86% of these stores remain empty, 13% have been reoccupied and 1% have undergone structural change, such as a demolition of the site.

It also revealed that landlords in the North East have particularly struggled to find new occupants for the stores amid a differing picture regionally.

All former Arcadia sites in North East remain empty, while 97% in the South West are also still vacant.

However, properties in Wales and the South East have seen better occupancy rates, with 24% and 21% of these finding new occupiers over the past year.

LDC’s research also revealed that the reoccupied sites have been taken on by a sprawling variety of businesses, although fashion retailers were still the largest, representing 30% of these stores.

Charity shops also took on six former Arcadia units, with other sites filled by a range of businesses including two vaccination centres and two nightclubs.

The former units have been taken by 48 different brands, with Blue Inc the largest single operator to take on the sites, opening five stores in former Arcadia shops.

David Fox, co-head of the retail agency at advisory firm Colliers, told the PA news agency there is still strong demand for the best retail sites on UK high streets.

“We have seen a lot of the strongest, larger Topshop stores going to the likes of Zara, River Island, Primark, Next, and some other of those rivals,” he said.

“But landlords have been quite flexible. For example, with Ikea buying the Oxford Street store, you are seeing a larger variation of the type of business entering some of these sites.

“You are also seeing landlords agree to shorter leases, or turnover-based deals to make it appealing for companies considering these sites.”